– USA is only country showing overall decline in 2017

In the wake of a substantial drop in global perception of the USA, Germany retakes the top ranking in the latest Anholt-GfK Nation Brands Index[SM] (NBI[SM]) study, while France climbs to second place. The UK has regained the ground it lost last year after the Brexit vote to hold onto third place, while Japan jumps into the top five for the first time since 2011, standing equal with Canada.

Of the 50 countries measured in the study, only the USA saw its overall NBI score drop this year. However, it still ranks among the top five nations for three of NBI’s six categories: namely, Culture (where the USA is ranked second), Exports (also second), and Immigration-Investment (fifth). But it fell from 19th place to 23rd for Governance, a notably poor score for one of the world’s leading countries.

Professor Simon Anholt, who created the NBI study in 2005, comments, „The USA’s fall in the ‚Governance‘ category suggests that we are witnessing a ‚Trump effect‘, following President Trump’s focused political message of ‚America First‘. However, Americans‘ assessment of their own country is notably more positive this year than last. A similar fall in global perception of the USA was seen following the re-election of George W. Bush, when the USA fell to seventh place. Previously, America has never stayed outside the top ranking for more than a year at a time: it will be interesting to see whether this holds true in the 2018 ranking.“

Germany, by contrast to the USA, enjoys a very balanced image across all six categories of the index, with notable improvements in global perception of its Culture (+1.07), Governance (+1.28), and People (+1.34). It ranks in the top five countries for all but one of the Index categories – that one being Tourism, where it is gaining ground, if not yet in the top five.

Germany’s overall score increases are boosted by significantly improved perceptions among Egyptians (+5.92), as well as among Russians (+2.26), Chinese (+2.17) and Italians (+2.06). Americans stand alone in ranking Germany outside the top-ten overall nation brands, placing it eleventh.

UK regains the ground lost in 2016

Global perception of the UK has recovered following the significant decline seen in 2016 immediately after the Brexit vote. Its overall Index score is back to very nearly its 2015 level, with improvement across all six categories. This puts it into the top five countries for Exports, Culture, Tourism and Immigration-Investment. The UK’s largest gains are for Governance (nearly two points) and People, suggesting that most countries have come to terms with the UK’s vote last year to leave the EU, and their perception has re-settled following that shock.

Both France and Japan benefitted from score gains in their own right, as well as from the USA decline, allowing them to leap ahead in the overall ranking.

France now stands in second place for the first time since the NBI began, up from fifth last year, with gains across all six categories. This is seen especially for Governance, where France’s improved score stands at double the average amount, and Immigration-Investment. It ranks first of all countries for global perception of its Culture, second for Tourism, and fifth for Exports.

2017 has also been a banner year for Japan. It now stands in fourth place, equal with Canada, having gained its highest overall score in nearly a decade. Japan is perceived most highly for Exports, where it comes ahead of all other countries, and also shows significant gains compared to the average for Immigration-Investment, Culture, and Governance.

Vadim Volos, GfK’s senior vice president of public affairs and consulting, comments, „The Nation Brands Index allows our clients to understand where – and why – their nation stands in terms of their current image, momentum and potential. Changing global perception of a national brand is challenging and slow – but countries can influence biased or outdated perceptions by understanding the negative views and actively communicating actions and changes that address those.“ 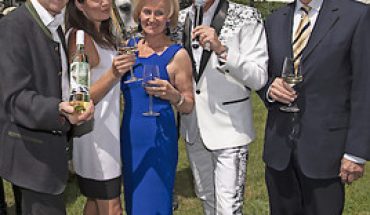