KfW IPEX-Bank is financing two reduced-emission cruise ships for Royal Caribbean Cruises Ltd. (RCCL). The EUR 2.5 billion plus in borrowed funds needed to procure the ships is being provided by an international consortium led by KfW IPEX-Bank. The ships, which will be built at the Meyer Turku shipyard in Finland, will be largely propelled by liquefied natural gas (LNG) and will be able to carry over 5,500 passengers each. The ships are due to enter into service in 2022 and 2024, respectively.

Taking stock of the financing, Andreas Ufer, Member of the Management Board of KfW IPEX-Bank, states: „Cruise ships are booming, and the aim is to shape this trend for the lowest possible level of emissions for mankind and nature. We are pleased that our financing is helping to advance LNG propulsion.“ Jan Meyer, CEO of Meyer Turku, adds:
„This order will occupy our production until 2024. This not only affects our location in Turku, but also our whole supply network both in Finland and Germany on a significant scale. This combination of our successful distribution and the closely-tailored structured finance will sustainably secure jobs in Germany and Europe.“

Within the complex financing transaction for the two cruise liners, KfW IPEX-Bank stepped up as the syndicate leader, initial mandated lead arranger (MLA), facility agent, documentation agent and Hermes agent. The banking syndicate also includes BNP Paribas, HSBC, Commerzbank, Santander, BBVA, Bayern/LB, DZ Bank, JPMorgan and SMBC. This is the largest syndicate financing package that KfW IPEX-Bank has ever structured and led on its own. KfW IPEX-Bank is contributing EUR 686 million to the total financing package. Alongside a cover from the Finnish ECA, Finnvera, the financing is also backed by export credit insurance from the Federal Republic of Germany (Hermes cover). Finnish Export Credit (FEC), a subsidiary of Finnvera, will make up the majority of the funds at the OECD-set ship refinancing scheme commercial interest reference rate (CIRR). The loans, granted separately for the ships, each have a term of 12 years from the respective ship delivery date. A substantial number of German manufacturers, among them numerous small and medium-sized enterprises, will supply parts of significant value for each ship, including the complete hull and main engine coming from the Neptun Werft shipyard in Rostock, Germany.

Both ships will be equipped with dual-fuel technology (LNG and marine diesel) and according to the borrower they will be largely powered by LNG. Additionally, RCCL is testing fuel cells as a supplemental energy source aboard an existing ship in preparation for use on the Project Icon vessels. RCCL hopes that fuel cells will play a significant role in powering the ship’s hotel functions. 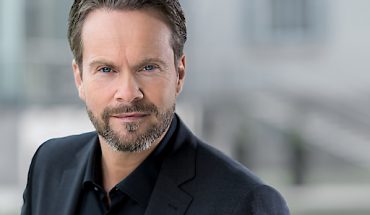