Players worldwide can now experience what happens when the worlds of live and online poker collide from the comfort of their own home. PokerStars VR was developed in collaboration with virtual reality developer Lucky VR and provides the perfect mix of serious gameplay, fun interactivity and social engagement that adds a whole new poker realm for players and gamers to explore.

Players have the chance to become fully immersed in a variety of social poker scenes, choosing their own environment to play in such as Macau 2050, The Macau Suite, The Showdown Saloon, Monte-Carlo Yacht, and The Void. Using intuitive controls for easy gameplay, they can also handle chips and cards, and pick up on tells, talk and interact just as they would at a live table. The game also features a host of interactive props to have fun with, voice command, and integrated Twitch broadcasting and media streaming on Oculus Rift for those who wish to play and stream.

„When we showcased the product it was amazing to see people really enjoy and become engrossed in the game,“ said Severin Rasset, Director of Poker Innovation and Operations at PokerStars. „We wanted to venture into the world of virtual reality because we believe it is an exciting avenue of technology to explore and something that our players would appreciate. I highly recommend that everyone tries out the game as it can only truly be understood and enjoyed by experiencing it.“

The new game simulates the live poker experience as closely as possible, bringing the same subtleties and interactions to an online environment. A lot of work has gone into recreating the atmosphere of a live poker game, including features such as chip stacking, card-peeking and the ability to try to get a genuine read on opponents, giving bluffing a whole new dimension.

Players can explore how tells work in PokerStars VR, as well as other lessons and insights, at PokerStars School and PokerStars Blog.

PokerStars operates the world’s most popular online poker sites, serving the global poker community. Since it launched in 2001, PokerStars has become the first choice of players all over the world, with more daily tournaments than anywhere else and with the best online security. More than 182 billion hands have been dealt on PokerStars, which is more than any other site. 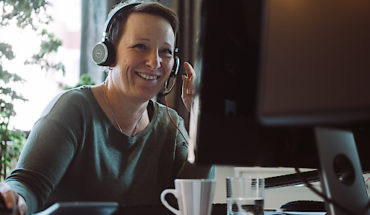