Montreal (ots/PRNewswire) – The PyeongChang 2018 Winter Olympic Games isn’t the only thing South Korea is proud of this February. As the world tunes in, South Korea takes the lead with the world’s most powerful passport. Ranking with an impressive visa-free score of 162, South Korea joins Singapore at the top of The Passport Index (https://www.passportindex.org/) ranking for the first time, ever.

Although European countries historically dominated the charts, with Germany at the top, 2017 saw the rise of Asia. In late 2017 Singapore took the lead as the first Asian country ever to top the world’s most powerful passports. By December 2017, Germany caught up but it wasn’t for too long.

„We are currently seeing not one but two Asian countries with the most powerful passports in the world,“ shared Armand Arton founder and president of Arton Capital. „This is a testament to the increased global respect and trust Asian countries are commanding,“ added Arton.

Recent changes were mainly driven by Uzbekistan granting visa-free access (https://discover.passportindex.org/policy-and-regulations/uzb ekistan-grants-visa-free-access-7-countries/) to South Korea and Singapore, as well as recent adjustments to visa policies in Somalia. With South Korea’s visa-free score of 162, South Korean passport holders have access
(https://www.passportindex.org/comparebyPassport.php?p1=kr&fl=&s=yes)
to many European, North American and Asian countries, including The United States of America, Canada, Russia and others.

Japan quietly moved up to number two place in the Global Passport Power ranking with a visa-free score of 161. Although tied with Germany, Japan has fewer visa-free waivers than Germany which puts it fourth in the Individual Passport Power Ranking
(https://www.passportindex.org/byIndividualRank.php). The Passport
Index gives equal scores to both visa-free and visa on arrival conditions that add up to make the country’s visa-free score.

„Thanks to The Passport Index‘ first-ever and unique real-time ranking, we are able to witness the volatility of the passport power trends,“ shared Arton. Daily changes affect the positions of most passports but it is important to note that overall the world is opening up. According to Arton, „People don’t like imaginary borders that set boundaries to their opportunities in life.“ „Having multiple passports has become the new norm and people who haven’t invested in this privilege feel anxious and left out,“ added Arton.

The World Openness Score
(https://www.passportindex.org/byHistoric.php) as measured by The
Passport Index has never been higher and has passed the 19,000 mark for the first time. The World Openness Score monitors how frictionless global travel is and since its inception in 2014, it has gained over 1,000 points.

The Passport Index issues eye-catching certificates (https://discover .passportindex.org/press-releases/uae-passport-awarded-certificate/) to top position holders. Referred to as „art pieces,“ past certificates have been issued to Singapore, the United Arab Emirates, and others.

Between South Korea’s charming countryside dotted with cherry trees, century old Buddhist temples, iconic sub-tropical islands, and ambitiously diverse cities such as Seoul, it is its moment to boast its 5000+ years of history and culture for the world to admire.

„Passion. Connected.“ is the official slogan for the PyeongChang 2018 Winter Olympics hosted in South Korea. „The new slogan embodies our vision to expand winter sports participation to a truly global audience and encourage people to create and share their once-in-a-lifetime experiences at PyeongChang,“ said PyeongChang Organizing Committee President, Yang-ho Cho.

About The Passport Index

The Passport Index is the world authority on real-time global passport ranking. Used by governments from around the world to monitor and increase the power of their passports, The Passport Index is the most recognized and trusted service with over 12 million users to date. Users enjoy in the fascinating world of passports, explore their designs, sort them (by country, region and even by color), compare them side-by-side, and see how to improve their Global Mobility Score. 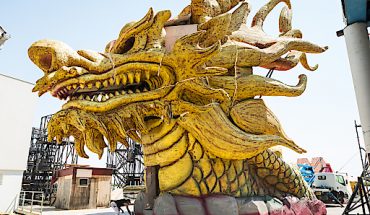